Allen Crabbe net worth: Allen Crabbe is an American professional basketball player who has a net worth of $25 million. He is best known for being a standout in high school and college.

Allen Crabbe was born in Los Angeles, California in April 1992. He is a 6'5″ shooting guard and small forward who played at Price High School which was founded by his grandfather. He was named California Mr. Basketball in 2010 and was a fourth-team Parade All-American. Crabbe played his college basketball for California where he was the Pac-12 Freshman of the Year in 2011, the Pac-12 Player of the Year in 2013, and a two time first-team All-Pac-12 selection. He was drafted #31 overall by the Cleveland Cavaliers in the 2013 NBA Draft but was traded to the Portland Trail Blazers where he played from 2013 to 2017. Crabbe played for the Brooklyn Nets from 2017 to 2019 and for the Atlanta Hawks from 2019 to 2020. He joined the Minnesota Timberwolves in 2020. 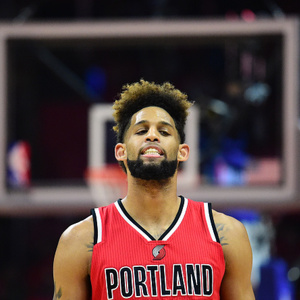