Allan Houston net worth and salary: Allan Houston is an American retired professional basketball player who has a net worth of $55 million dollars. Allan Houston was born in Louisville, Kentucky in April 1971. He won a state championship while playing for Ballard High School in 1988. Houston played at the University of Tennessee for his father Wade. He finished as the school's all-time leading scorer. His #20 was retired by the school in 2011. Allan was drafted by the Detroit Pistons as the #11 pick in the 1993 NBA Draft. He played for the Pistons from 1993 to 1996 and then signed with the New York Knicks, where he played from 1996 to 2005. During his NBA career Houston was a two time All-Star selection. He was a member of the Eastern Conference Champion New York Knicks and played in the NBA Finals. Houston also represented the United States and won a Gold medal in the 2000 Summer Olympics in Sydney. He also won Golds in the 1999 FIBA Americas Championship, and the 1990 FIBA Americas U18 Championship. The Allan Houston rule regarding players and luxury tax was named after him. He was appointed special assistant to the General Manager and President Donnie Walsh for the New York Knicks. He is also General Manager of the Eerie BayHawks. He is friends with President Barack Obama and has raised money for his campaigns. Houston co-owns the UNK NBA clothing brand. 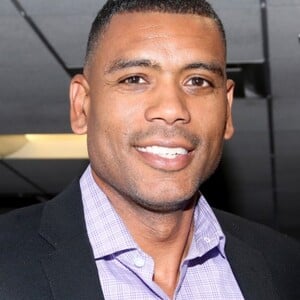