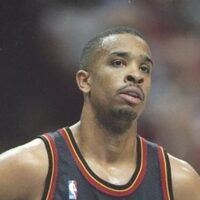 Alan Henderson Net Worth: Alan Henderson is a former American professional basketball player who has a net worth of $23 million. During his career Alan earned a bit over $50 million in salary alone.

Born in Morgantown, West Virginia, in 1972, Alan Henderson played high school and college basketball in Indiana. He played with the Indiana University Hoosiers from 1991 until 1995, earning third-team All-American honors during his final season in college. The Atlanta Hawks drafted Henderson with the 16th overall pick during the first round of the 1995 NBA Draft. The six-foot-nine, 235-pound power forward played with the team that drafted him for nearly a decade from 1995 until 2004. In 2004, he was traded to the Dallas Mavericks, where he played until 2005 before he joined the Cleveland Cavaliers (2005-2006) as a free agent. He later signed a free agent deal with the Philadelphia 76ers and played in the City of Brotherly Love from 2006 until 2007. In 2007, he was traded to the Utah Jazz but was released in March and rejoined the 76ers, where he finished his career. In 1998, Henderson earned the NBA's Most Improved Player award. He finished his pro playing career with 5,094 points, 3,249 rebounds, and a .469 field goal shooting percentage. Henderson played internationally for the U.S. men's national basketball team and was part of the squad that earned a bronze medal at the 1994 Goodwill Games that were held in St. Petersburg.