Adam Morrison Net Worth: Adam Morrison is an American retired professional basketball player who has a net worth of $8 million. Adam Morrison was born July 19, 1984 in Glendive, Montana. Morrison played for three years at Gonzaga University in Spokane, Washington and was considered to be one of the top college basketball players in 2005–06. He was also a finalist for the Naismith and the Wooden Award. He was named Co-Player of the Year with Duke University's J. J. Redick by the United States Basketball Writers Association and was the recipient of the 2006 Chevrolet Player of the Year award. Morrison's father, John, worked as a basketball coach, and the family moved with his coaching career over the years. Over his professional career, Morrison played for the Charlotte Bobcats and the L.A. Lakers. Morrison was selected to train with the senior men's team in preparation for the 2006 FIBA World Championship, but was cut prior to the tournament. Adam Morrison was diagnosed with type 1 diabetes (insulin-dependent diabetes) at age 13. He was playing in an 8th grade basketball game, and as the game went into overtime he began having seizure-like symptoms, which prompted his father to take him to the hospital where the diagnosis was made. Morrison, who manages his diabetes to the point of eating exactly the same meals at the same time on game days, is considered a role model for children with the disease. During his freshman year at Gonzaga, Morrison and his life with diabetes were a subject of a four-page article in Sports Illustrated. On the first day the issue appeared in retail outlets, more than 50 parents of children with diabetes contacted the Gonzaga athletics department asking if Morrison could speak to their children. Off the court, Morrison regulates his blood sugar with an insulin pump attached to his abdomen. 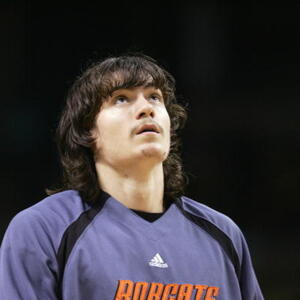