Aaron McKie Net Worth: Aaron McKie is a retired American professional basketball player who has a net worth of $23 million. Born in Philadelphia, Pennsylvania, in 1072, Aaron McKie played college basketball close to home at Temple University after attending Simon Gratz High School in his hometown. After playing at Temple from 1991 until 1994, McKie was drafted by the Portland Trail Blazers with the 17th overall pick during the first round of the 1994 NBA Draft.

The six-foot-five, 209-pound small forward/shooting guard played with the team that drafted him from 1994 until 1997 before joining the Detroit Pistons during the 1997 season. McKie later played for the Philadelphia 76ers in front of his hometown crowd from 1997 until 2005 and the Los Angeles Lakers from 2005 until 2007. After retiring from the NBA, he joined the 76ers as an assistant coach for several years until 2012. During his playing days, McKie won the 2001 NBA Sixth Man of the Year Award. In college, he earned Atlantic-10 Conference Player of the Year honors and won the 1993 Robert V. Geasey Trophy. He finished his pro playing career with 5,871 points, 2,587 rebounds, and 2,126 assists. McKie made headlines for his off-the-court felony arrest for allegedly violating a restraining order and trying to buy weapons in 2008. 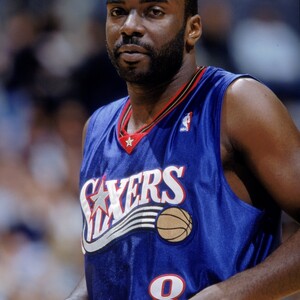