Aaron Gordon net worth and salary: Aaron Gordon is an American professional basketball player who has a net worth of $24 million. Aaron Gordon was born in San Jose, California in September 1995. He is a forward who played at Archbishop Mitty High School where he was a First-team Parade All-American and USA Basketball Male Athlete of the Year in 2013.

Gordon was also a McDonald's All-American and the game's MVP the same year. He played his college basketball for the University of Arizona where he was named First-team All-Pac-12 and the Pac-12 Freshman Player of the Year. In 2014 he was drafted #4 by the Orlando Magic. He played for the Magic through the 2020 season before becoming a member of the Denver Nuggets. Gordon has also represented the United States in international competition and won a Gold medal at the 2013 FIBA World U-19 Championship. In 2016 he finished second in the NBA Slam Dunk Contest. 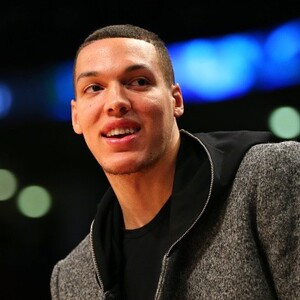