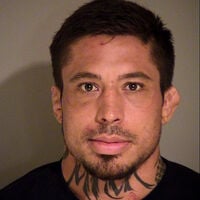 War Machine net worth: War Machine is an American professional mixed martial artist and pornographic actor who has a net worth of $100 thousand. War Machine was born Jonathan Koppenhaver in Simi Valley, California in November 1981. He attended The Citadel in Charleston, South Carolina but was expelled after two years for poor behavior. He legally changed his name to War Machine in 2008. He was brought in as a replacement in The Ultimate Fighter: Team Hughes vs. Team Serra and he lost in the first round. He made his UFC debut defeating Jared Rollins in December 2007 and earned $25,000. War Machine was released from UFC after he made comments about the death of Evan Tanner and rejected a fight offer. He was signed by Bellator Fighting Championships but was released. From 2009 to 2011 he fought for independent promotions such as XFC. He returned to Bellator but was again released. He starred in seven adult films and was featured in Hustler Magazine in January 2014 with Christy Mack who he started a relationship with. War Machine was sentenced to three years of probation for striking a man in the face. He was also sentenced to a year in jail for a felony assault conviction. War Machine was named the prime suspect in an assault of pornographic actress Christy Mack in August 2014. He has been tracked by Dog the Bounty Hunter. In June 2017, a judge in Nevada sentenced War Machine to life in prison with the possibility of parole. The earliest he will be able to get out of prison will be in 36 years when he is 71 years old.