He holds a black belt in Brazilian Jiu-Jitsu and is a Muay Thai expert. He was trained under renowned fighters, Rudimar Fedrigo, Cristiano Marcello, and Rafael Cordeiro. Over a career that has spanned fifteen years, he has been the IVC Light Heavyweight Champion, the Pride 2003 Grand Prix Middleweight Champion, and the Pride Middleweight Champion. He opened his own training center in Las Vegas, Nevada, called The Wand Fight Team Training and Conditioning Center after moving to the United States in 2007. He was forced to take some time off after a series of injuries and surgeries in late 2010 and early 2011. He lost his first match post-recovery badly, and there was talk of his retiring. However, he won his next fight and plans to continue. 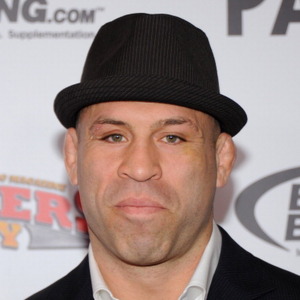