What is Tyron Woodley's net worth?

Tyron Woodley is an American mixed martial artist champion and former amateur wrestler. As of this writing, Tyron Woodley has a net worth of $4 million.

Tyron Woodley was born in Ferguson, Missouri in April 1982. Woodley was a two-time state finalist in wrestling in high school where he went 48-0 and won a state title at McCluer High School. He graduated from the University of Missouri where he wrestled. Woodley won his first fight in 20 seconds as an amateur and was 7-0 in amateur bouts. He tried out for the 9th season of The Ultimate Fighter but was cut before the show started.

Tryon's debut professional fight came in 2009. The same year Woodley debuted for Strikeforce. He was named 2010 Strikeforce Rising Star of the Year. He lost his first fight in July 2012 to Nate Marquardt for the vacant Strikeforce Welterweight Championship. 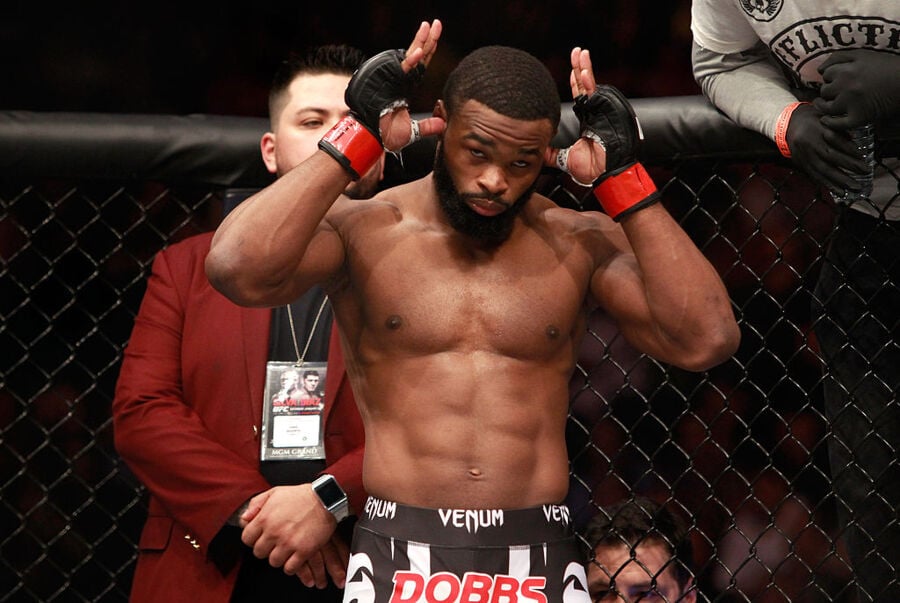 He made his UFC debut in February 2013, knocking out Jay Hieron. In November 2013 Woodley won Knockout of the Night over Josh Koscheck. In May 2014 he was ranked #3 in the official UFC welterweight rankings. In August 2014 he defeated Dong Hyun Kim and had the Performance of the Night. In January 2015 he defeated Kevin Gastelum to bring his professional record to 15-3. In November 12, 2016. Tyron had a draw against Stephen Thompson at UFC 205. He won the rematch a year later. He defeated Demian Maia at UFC 214 in July 2017. He defeated Darren Hill at UFC 228 in September 2018.

On August 29, 2021 Tyron faces off against Jake Paul. Jake was reportedly guaranteed $1 million to show up for the fight while Tyron was guaranteed $500,000. Both fighters could earn much more from Pay Per View bonuses.