Tait Fletcher net worth: Tait Fletcher is an American actor, stuntman, mixed martial artist, and reality television personality who has a net worth of $2 million. Tait Fletcher is best known for being a contestant on Season 2 of the reality TV series The Ultimate Fighter. As an actor he had a recurring role as Lester in the TV series Breaking Bad in 2013.

Fletcher has starred in the movies Lockdown, Felon, Jonah Hex, Fright night, The Last Stand, The Lone Ranger, 2 Guns, A Million Ways to Die in the West, The Equalizer, John Wick, Sicario, and Jurassic World. He has also appeared in episodes of the TV series Wildfire, In Plain Sight, NCIS: Los Angeles, The Last Ship, and Hand of God. Fletcher has also don't stunts for the films Jonah Hex, Paul, Thor, Avengers Assemble, Red Dawn, Gambit, The Last Stand, The Lone Ranger, the Guest, and Transcendence. Fletcher won a Screen Actors Guild Award for Breaking Bad in 2014. 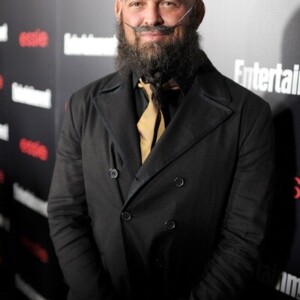