Ryan Bader Net Worth: Ryan Bader is an American mixed martial artist who has a net worth of $5 million. Ryan Bader was born in Reno, Nevada in June 1983. Bader was an amateur wrestler and won two state champions at Robert McQueen High School. Bader attended Arizona State University and was a three-time Pac-10 Champion in 2003, 2004, and 2006.

In 2007 Ryan started training at Arizona Combat Sports. He became a contestant on season 8 of The Ultimate Fighter which he won and earned a six figure UFC contract. Bader suffered his first loss to Jon Jones in February 2011 making his record 12-1. He defeated Vladimir Matyushenko in January 2013 to capture the Submission of the Night in under a minute. In August 2014 he defeated Ovince St. Preux to bring his record to 18 wins and 4 losses. After that fight he was ranked #8 in the official UFC Light Heavyweight Rankings and the #9 Light Heavyweight by Sherdog. He opened the gym Power MMA and Fitness with Jesse Forbes, Eric Larkin, CB Dollaway, and Aaron Simpson. Bader has also defeated Rafael Cavalante, Anthony Perosh, Quinton Jackson, Jason Brilz, Antonio Rogerio Nogueira, Keith Jardine, Eric Schafer, Carmelo Marrero, and Vinny Magalhaes. 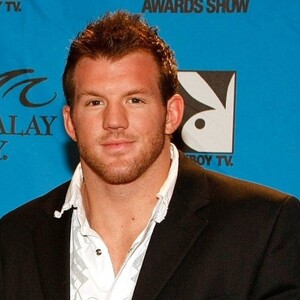