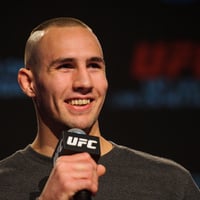 Rory MacDonald net worth: Rory MacDonald is a Canadian mixed martial artist who has a net worth of $1 million. He is a former King of the Cage Lightweight Champion and is currently signed with the UFC and fighting in the welterweight division. MacDonald was born in 1989 in Quesnel, British Columbia. He started his training career at the age of 14 with David Lea and his fight team, Toshido Fighting Arts Academy. He later moved to Montreal and joined Tristar Gym. MacDonald made his professional debut at the age of 16 and won against Terry Thiara. He later debut in King of the Cage and was ultimately signed to the UFC after a compiling of 9-0 professional record. His UFC debut was for the promotion at UFC Fight Night 20 against Mike Guymon. Guymon dropped MacDonald with a right cross, but MacDonald quickly recovered, took Guymon down, and won the fight with an armbar submission in the first round. In 2015, Rory MacDonald extended his reach and worked out an individual sponsorship agreement with Reebok. The brand has been working with UFC officials for some time, but MacDonald was the second Canadian fighter to workout an individual deal. All UFC athletes wear a standard Reebok kit, but fighters with individual sponsorships will be afforded an increased level of influence over their attire. MacDonald currently works with Reebok to create a custom walkout shirt and other items that reflect his personal brand.