What is Robert Whittaker's Net Worth?

Robert Whittaker is a New Zealand-born Australian professional mixed martial artist who has a net worth of $3 million. Robert Whittaker is notable for his association with the Ultimate Fighting Championship (UFC) and has been the UFC Middleweight Champion.

Whittaker was born on December 20, 1990 in Auckland, New Zealand. His father is Australian of European descent while his mother is of Maori and Samoan descent. At the age of seven, his father enrolled him in a Goju-ryu Karate school in order to encourage the development of self-defense and self-discipline. He trained in the sport for eight years and then switched to training Hapkido at a gym run by Henry Perez. Perez soon after transformed him gym into an MMA gym and Whittaker began training in MMA fighting by default. He was immediately hooked by the sport and was quite skilled even as a beginner.

In 2008, when Whittaker was 18, he began competing in MMA as a professional with Henry Perez as his coach. He signed with Australia's Xtreme Fighting Championships and made his debut against Chris Tallowin. He won the fight via Total Knockout (TKO) in the first round. He then continued his career with the Cage Fighting Championships and went 6-0 from 2009 to 2011. He lost his first fight in 2011 against Hoon Kim. By the end of 2011, his record was 9-2.

In 2012, Perez put him forward to join the first series of "The Ultimate Fighter: The Smashes," which pitted eight Australian fighters against eight fighters from the United Kingdom. Whittaker was selected to be on the show and did very well, advancing to the final round of the competition which took place live on UFC on the FX channel. Whittaker won the fight against Brad Scott via unanimous decision to become the first winner of "The Ultimate Fighter: The Smashes" in December of 2012.

After winning the show, Whittaker entered the UFC officially in the welterweight division. He struggled initially, losing two fights in a row including a serious loss to Stephen "Wonderboy" Thompson. After this loss, he decided to move up to the middleweight division which allowed him to gain back 15 pounds. Whittaker thought that by fighting at the lower weight, he was at a disadvantage and would be a stronger competitor at the higher weight class.

Whittaker's instincts proved to be correct. After moving up to middleweight, Whittaker went on a winning streak and won nine fights in a row. Some of the most notable fights include a win against Brad Tavares which earned him his first "Performance of the Night" bonus award in May of 2015. He also defeated Rafael Natal, Derek Brunson, and Ronaldo Souza. Whittaker became the first person to defeat Souza since 2008 when he beat him in 2017. 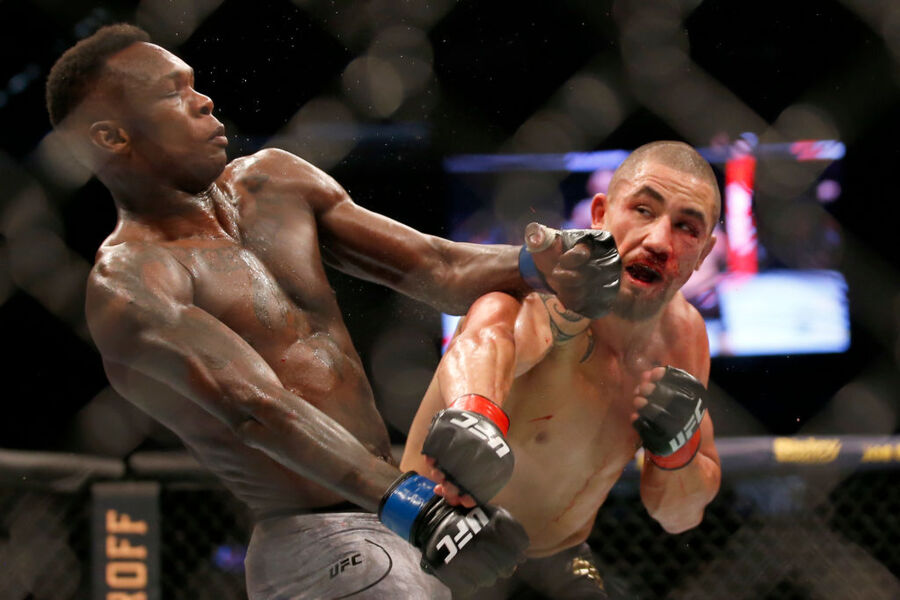 In June of 2017, Whittaker fought for the interim middleweight title against Yoel Romero and won by unanimous decision. He became the first Australian and first New Zealand born fighter to hold a UFC title. He then missed the remainder of 2017 due to recovering from a knee injury. However, when the reigning middleweight champion Georges St-Pierre vacated the title after being diagnosed with colitis, Whittaker was promoted to undisputed champion.

He was slated to defend the title in January of 2018 but had to pull out due to a staph infection in his stomach. He then fought Yoel Romero in June of 2018 and won the fight by a close split decision. His next middleweight title defense was scheduled to take place in February of 2019 against Kelvin Gastelum but Whittaker had to pull out only a few hours before the fight as he had to have emergency surgery due to an abdominal hernia of the intestine and a twisted and collapsed bowel. In October of 2019, he faced Israel Adesanya and lost the bout and the middleweight championship via a second-round knockout.

Many commentators thought that Whittaker would not recover from his various injuries enough to return to his previous career heights. His next fight did not occur until July of 2020 when he fought Darren Till. He then proved many of the commentators wrong when he won the fight by unanimous decision. He then fought and won against Jared Cannonier in October of that year. In April of 2021, Whittaker fought Kelvin Gastelum and won by unanimous decision, winning the Fight of the Night award.

Outside of UFC, Whittaker also has competed in freestyle wrestling tournaments beginning in 2015 when he unexpectedly decided to compete in the Australia Cup in Canberra, winning each of his three bouts. He then claimed the Australian National Wrestling Championships gold medal in May of 2017. He then qualified to compete in the 2018 Commonwealth Games representing Australia but was forced to withdraw because it interfered with his UFC career.

Whittaker is known for his unique fighting style which is more reminiscent of karate than the typical Muay Thai style that is more typical of MMA fighters.

Whittaker got engaged to his wife, Sofia, in 2013 and the two married in 2014. They have since had four children – John, Jack, Jace, and Lilliana. Whittaker and his wife also have legal guardianship of his younger half sister and brothers Kerehi and Henry Matafeo.

In his spare time, Whittaker holds clinics for youths at his home gym in Australia. He also sometimes visits remote parts of Australia in order to serve Indigenous youth communities. 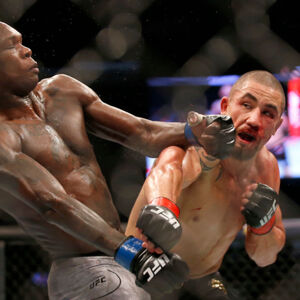