Robbie Lawler Net Worth: Robbie Lawler is an American mixed martial artist who has a net worth of $4 million. Robbie Lawler was born in San Diego, California in March 1982. He started taekwondo at nine years old. He was an All-State wrestler at Betterndorf High School and trained with pat Miletich and the Miletich Fighting Systems. His first professional fight came in 2001 and his second fight was for the IFC. He joined the UFC in 2002 defeating Aaron Riley to make his record 5-0. In 2004 Lawler moved up Middleweight. The next year he won the Superbrawl Middleweight Championship defeating Falaniko Vitale. In 2006 he won the Icon Sport Middleweight Championship by defeating Vitale again. He lost the title later in the year to Jason Miller. Lawler won the title again in 2007 defeating Frank Trigg. The same year he defeated Murilo Rua to win the EliteXC Middleweight Championship. In 2010 Lawler returned to Middleweight, defeating Matt Lindland in under a minute. He returned to Welterweight in 2013 defeating Josh Koscheck. In March 2014 Lawler loss to Johny Hendricks for the UFC Welterweight Championship. As of March 2014 he was ranked #1 on the official UFC Welterweight rankings. In 2013 he was named Comeback Fighter of the Year by Sherdog, MMA Nuts.com, and MMAValor.com. 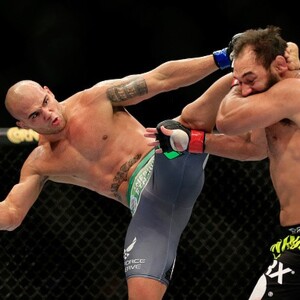