Rich Franklin net worth and salary: Rich Franklin is an American mixed martial artist who has a net worth of $3.5 million. Rich Franklin has earned his net worth from his current as a former Ultimate Fighting Championship (UFC) middleweight champion. He was born on October 5, 1974 in Cincinnati, Ohio, his parents divorced when he was five; he has one biological brother, and five step-siblings.

Before beginning his career as a MMA fighter, he graduated from William Henry Harrison High School, and earned a bachelor's degree in mathematics. Later he attended the University of Cincinnati, and earned a master's degree in education. His first job after graduating was at Oak Hills High School in Cincinnati, Ohio as a mathematics teacher. Rich learned submission fighting from instructional video tapes, he has also trained and been associated with Meat Truck Inc. and currently trains at facilities run by Jorge Gurgel a Brazilian Jiu-Jitsu black belt. Today he is ranked as a brown belt in Brazilian Jiu-Jitsu, however since he lost his title to Anderson Silva, he began training under Matt "The Wizard" Hume. Franklin started his UFC career with a 3-0 perfect record; this includes a victory of a highly skilled MMA veteran Evan Tanner at UFC 42. On October 14, 2006 Franklin lost his title on his return fight after being defeated by Anderson Silva at UFC 64. He lost the fight via unanimous decision on February 5, 2011 at UFC 126 to Forrest Griffin who was a former Light Heavyweight Champion. Rich is married to a former English teacher from Reading High School, named Beth. 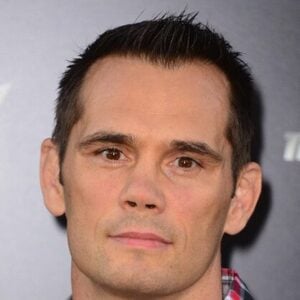