Renzo Gracie net worth: Renzo Gracie is a Brazilian mixed martial artist who has a net worth of $3 million. Renzo Gracie was born in Rio de Janeiro, Brazil in March 1967. He is a member of the Gracie family and is a 6th Degree Black belt in Brazilian Jiu-Jitsu.

Gracie has fought for the Ultimate Fighting Championship, K-1, Pride Fighting Championships, RINGS, and International Fight League. Gracie made his MMA debut defeating Luiz Augusto Alvareda in January 1992. He suffered his first loss to Kiyoshi Tamura in February 2000. His last fight was a loss to Matt Hughes in April 2010 to bring his professional MMA record to 13 – 7 – 1. Renzo Gracie has victories over former UFC Champions Frank Shamrock, Pat Miletich, Carlos Newton, Oleg Taktarov, and Maurice Smith. He is a well-established Jiu-Jitsu coach who has trained many fighters including Georges St-Pierre, Matt Sera, Frankie Edgar, and Roy Nelson. Gracie was featured in the 2008 documentary film Renzo Gracie: Legacy. Gracie won Gold Medals in Submission Wrestling at the ADCC World Championships in 1998 and 2000. 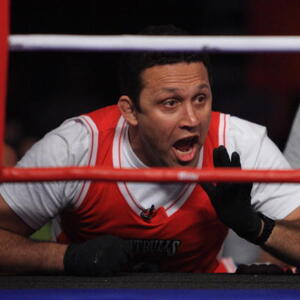