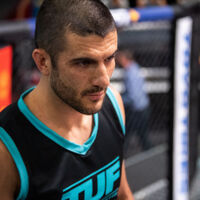 Rener Gracie Net Worth: Rener Gracie is an American 3rd degree black belt in Gracie Jiu-Jitsu. Rener Gracie is head instructor at the Gracie Jiu-Jitsu Academy. He has a net worth of $5 million. Furthermore, he is a co-creator of Gracie University, the world's largest online jiu-jitsu training program. Born on 10 November 1983, in Torrance, California, USA, Gracie is the grandson of Grand Master Helio Gracie, the creator of Gracie Jiu-Jitsu, and the second eldest son of Rorion Gracie, the father of Gracie jiu-jitsu in the States. Thus, he was literally raised on the mats of the Torrence academy, starting his training as a toddler. Gracie has spent more than twenty years on the mats at the Gracie Academy studying the art under his father Rorion and grandfather Helio's tutelage. Having earned his black belt at the age of 19, Rener earned a reputation as a gifted teacher. It's true that Helio created jiu-jitsu, but Rorion was the one to introduce it to the world by co-creating the Ultimate Fighting Championship. As for Rener and Ryron, they contributed to jiu-jitsu's expansion as they made the art available to everyone with Internet access or a DVD player. The two brothers set up Gracie University, the world's first interactive, online martial arts learning center that offers distance learning pckages for the Academy's proprietary courses. Nowadays, Gracie University has more than 70,000 active students across 196 countries worldwide. Having tailored self-defense programs for men, women, and children, the curriculum includes Gracie Combatives, Gracie Bullyproof, Women Empowered and the Master Cycle, as well as special instructor certification courses and courses for military and law enforcement professionals.