Randy Couture is a retired mixed martial artist and actor who has a net worth of $7 million. During his career, he won three UFC Heavyweight Championships and two Light Heavyweight Championships, and competed in a record 16 title fights. Additionally, Couture established the Team Quest training camp in Oregon, and opened a chain of gyms headquartered in Las Vegas.

Randy Couture was born in 1963 in Everett, Washington to Sharan and Edward. As a youth, he went to Alderwood Middle School in Lynwood, where he began wrestling, and then to Lynnwood High School, where he won a wrestling state championship in his senior year.

From 1982 to 1988, Couture served in the US Army, reaching the rank of Sergeant in the 101st Airborne. Subsequently, he became an Olympic Greco-Roman wrestling team alternate in 1988, 1992, and 1996. In the early 90s, while wrestling at Oklahoma State University, he became a three-time NCAA Division I All-American.

In 1997, Couture made his professional mixed martial arts debut at UFC 13, as part of a four-man heavyweight tournament. In the tournament final, he defeated Steven Graham by TKO. Later that year, as an underdog at UFC 15, Couture defeated Vitor Belfort to become the top contender for the UFC Heavyweight Championship. Next, at UFC Japan, Couture took the title of Heavyweight Champion after he beat Maurice Smith in a controversial final call. While still in Japan, Couture signed with the promotion group Fighting Network RINGS; following a loss against Mikhail Illoukhine, he took a break from MMA to focus on wrestling.

Couture returned to MMA at the end of 2000 for the RINGS King of Kings Tournament, winning in a unanimous decision over UFC veteran Jeremy Horn. Also in 2000, Couture won his second UFC Heavyweight Championship when he had a TKO victory against Kevin Randleman. At UFC 31 in 2001, Couture won in a close decision; in a rematch at UFC 34, he won decisively by TKO. The next year, he faced newcomer Josh Barnett; although Couture lost, Barnett was subsequently stripped of his title after testing positive for anabolic steroids. At UFC 39 in 2002, Couture faced Ricco Rodriguez, who took him down in the fifth round.

In 2005, Couture lost his title in a rematch with Chuck Liddell. He faced Liddell for the final time at UFC 57 in 2006; after being knocked out in the second round, Couture announced his retirement from MMA. After his retirement, Couture became a broadcast commentator for UFC events. He also co-hosted "Before the Bell" and "After the Bell" on The Fight Network. In 2006, after moving to Las Vegas, Couture founded Xtreme Couture Mixed Martial Arts, an MMA training organization with locations throughout the US and Canada. 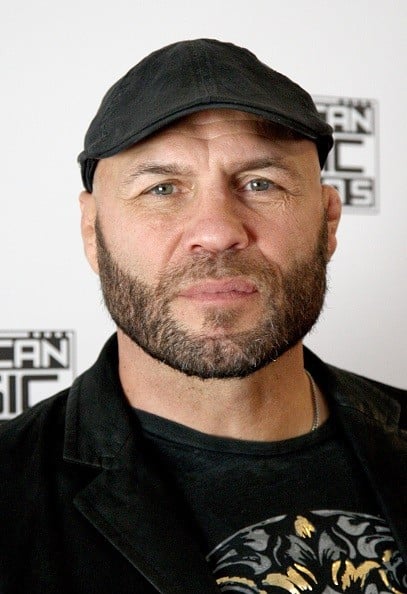 Couture announced his return from retirement in 2007. He signed a two-year, four-fight deal with the UFC, and faced off against Tim Sylvia for the UFC Heavyweight Championship in March. Against Sylvia, Couture won by a unanimous decision. At UFC 74 in August, he successfully defended his title against Gabriel Gonzaga, winning by TKO. However, in October, Couture announced that he was severing all ties with the UFC, citing disputes with management as his reason.

Despite his previous decision, Couture returned to the UFC in 2008, losing the Championship to Brock Lesnar. The next year, he lost to Antônio Rodrigo Nogueira. Subsequently, Couture signed a new six-fight deal, returning to the light heavyweight division. With his win at UFC 105 at the age of 46, Couture became the oldest fighter ever to win a UFC bout. After his fight at UFC 129 in Toronto, Couture announced that he was finally done fighting.

Beyond his fighting career, Couture has made many appearances on television and in film. He played a military guard on the season finale of the CBS series "The Unit," and was a fight commentator in the 2008 film "Redbelt." Also in 2008, he starred in the direct-to-DVD action film "The Scorpion King 2: Rise of a Warrior." Subsequent film credits have included "Setup," with Bruce Willis and 50 Cent; the action crime film "Hijacked," costarring Dominic Purcell; and "The Expendables" and its two sequels. In 2019, Couture starred in Netflix's popular movie "The Hard Way."

On television, Couture had a recurring role on the CBS reboot of "Hawaii Five-0." In 2014, he competed on the 19th season of the dance competition series "Dancing with the Stars," where he was paired with Karina Smirnoff.

Couture has been married multiple times, to Sharon, Tricia, and Kim; across his marriages, he has three kids. He is also the longtime partner of actress and model Mindy Robinson.

In 2019, Couture had a heart attack after training. He made a full recovery following an operation. 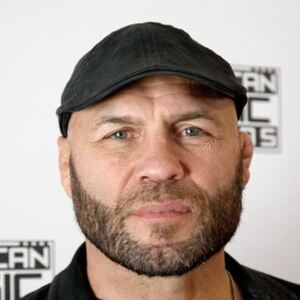