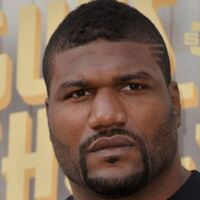 What is Quinton Rampage Jackson's Net Worth and Salary?

Quinton "Rampage" Jackson is a Mixed Martial Artist and actor who has a net worth of $4 million. Over the years, Jackson has fought in the Bellator MMA, the UFC, and Pride FC. His accomplishments include the UFC Light Heavyweight Champion title, Pride Middleweight Championship belt, and winning the Bellator MMA Light Heavyweight Tournament. Over the years, Quinton has gained a reputation for his trash-talking and unique fighting style.

Quinton Ramone "Rampage" Jackson was born on June 20th of 1978 in Memphis, Tennessee. Raised in a poor neighborhood, Quinton started selling drugs at an early age. He also became a regular street fighter, and it didn't help that his father was addicted to drugs.

During his high school years, Jackson performed well on the school's wrestling team. During this period, Jackson learned various karate striking techniques. He then attended Lassen Community College, but was expelled after fighting with a teammate on the wrestling team.

After leaving college, Quinton decided to embark on a career as a mixed martial arts fighter. After competing in a number of smaller promotions, he traveled to Japan to compete in Pride FC. The organization marketed Quinton as a homeless person, and he lost in his first fight against Kazushi Sakuraba. Despite this early setback, Jackson impressed audiences with his aggressive fighting style and became more successful in his next few fights.

Eventually, his time at Pride put him up against Wanderlei Silva. In 2003, Jackson won a split decision against the Brazilian fighter. He then defeated Chuck Liddell. Jackson would go on to fight Silva on numerous occasions in the future, with both fighters racking up wins. His last few fights were against people like Shogun Rua and Hirotaka Yokoi.

After a brief period with the World Fighting Alliance, Quinton signed a contract with the UFC and knocked out Marvin Eastman at UFC 67. He then captured the UFC Light Heavyweight Title after beating Chuck Liddell in 2003.

In 2007, Jackson joined "The Ultimate Fighter 7" as a coach. This eventually saw him fighting Forrest Griffin for the light heavyweight championship at UFC 86. The match was close, and Quinton knocked Forrest down in the first round. However, Griffin came back and remained aggressive for the rest of the fight. In the end, Griffin was clearly the dominant fighter and landed more strikes. Eventually, Forrest won the fight with a unanimous decision.

Over the next few years, Jackson fought fighters like Wanderlei Silva, Keith Jardine, and Lyoto Machida. However, he announced in 2009 that he was quitting the UFC because he was being mistreated by the company. This proved to be a temporary decision, however, as Jackson eventually returned to the UFC and fought Rashad Evans. This was a fight that Jackson had been asking for, but he ended up losing in another unanimous decision. 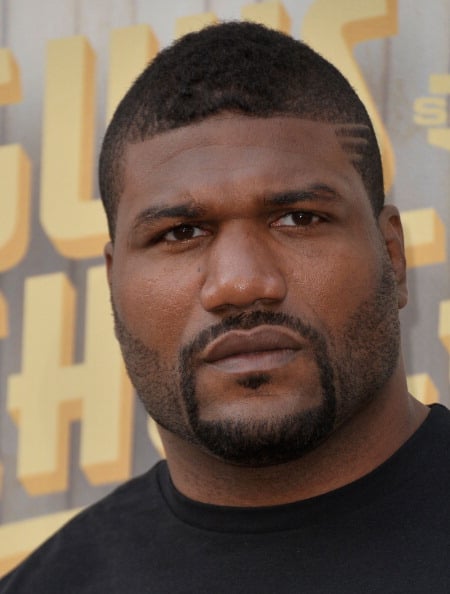 In 2010, Quinton fought Lyoto Machida at UFC 123, winning in a controversial split decision. After another victory against Matt Hamill, Jackson lost against Jon Jones. Another loss against Ryan Bader in 2012 caused Jackson to announce that he was leaving the UFC once again. His last fight was against Glover Teixeira in 2012, a fight that he lost via another unanimous decision.

Jackson then moved to Bellator MMA in 2013. In his first fight, he faced Joey Beltran, knocking him out in the first round. Another first-round knockout came against Christian M'Pumbu. After another victory against Muhammed Lawal, Jackson briefly returned to the UFC in 2014 and won against Fabio Maldonado. He then spent the next few years fighting several opponents in Bellator MMA, before the organization opted not to re-sign him in 2019. At this point, Jackson had a record of 38 wins and 14 losses with 52 total matches. 20 of his wins came by knockout, and 14 of his wins came by decision. Rampage has lost by knockout four times.

On numerous occasions, Jackson has faced controversy after sexual comments and behavior directed towards various reporters. Many of these incidents have bordered on assault.

In 2008, Jackson was arrested for felony reckless driving and felony hit and run. Officers were forced to chase Quinton before finally apprehending him. He pleaded not guilty to all charges and his charges were dismissed after a judge decided that his completion of 200 hours of community service was enough. In 2014, Jackson claimed that the reason he was driving so recklessly was that he was desperately trying to reach a friend's house who was going to attempt suicide.

In 2017, it was reported that Quinton was engaged in a legal battle over his home in Orange County. According to the court documents, Jackson originally purchased this home in 2010 for $1.15 million in cash. Unfortunately, Quinton made a slightly unorthodox move when he purchased the residence, choosing not to put his name on the title. He also didn't put the title under the name of a company or entity he controlled. Instead, he simply wrote "Jazella," which was the company of a business that his manager controlled at the time.

Eventually, he and his manager eventually parted ways, which led to Jackson trying to have the title transferred to his name. But his manager, Denis Joseph Gwynn, had other ideas. Gwynn allegedly decided to sell the property, leaving Jackson fighting in court to retain ownership of his own home. He filed a lawsuit in order to keep his house.