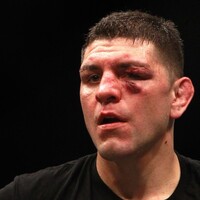 What is Nick Diaz's net worth?

Nick Diaz is an American professional mixed martial artist who has a net worth of $3 million. Nick Diaz has had a very successful career in the world of mixed martial arts, having competed in the Ultimate Fighting Championship, Strikeforce, and World Extreme Cagefighting, among other mixed martial arts organizations. He competes in the middleweight division of the UFC. His younger brother Nate Diaz is also a successful MMA fighter. Nick Diaz is known for his jiu jitsu fighting style and his trademark closed guard grappling maneuver.

Nickolas Robert Diaz was born on August 2, 1983 in Stockton, California. He, his brother Nate and sister Nina were mostly raised by their mother as their father was reportedly not around much growing up.

Nick and Nate began training in Aikido and Karate as kids. They both then began wrestling as teenagers.

Nick dropped out of high school after a year and soon began training full-time in Mixed Martial Arts.

Nick Diaz made his professional mixed martial arts debut in 2001 at the IFC Warriors Challenge 15. He had just turned 18. He was ultimately victorious against hist first opponent, Mike Wick, securing the win with a triangle choke maneuver.

After defeating Jeremy Jackson at IFC Warriors Challenge 18, Nate signed a contract with the Ultimate Fighting Championship. He made his debut as a UFC fighter at UFC 47 in April 2004. In his UFC debut, Nick knocked out the heavily-favored Robbie Lawler.

Over the next few years Nick had back-and-forth success in the octagon. He was defeated at UFC 49, he then won at UFC 51 and 53, followed by straight losses and three straight wins. His final fight in that streak was a win at UFC 65 against Gleison Tibau. 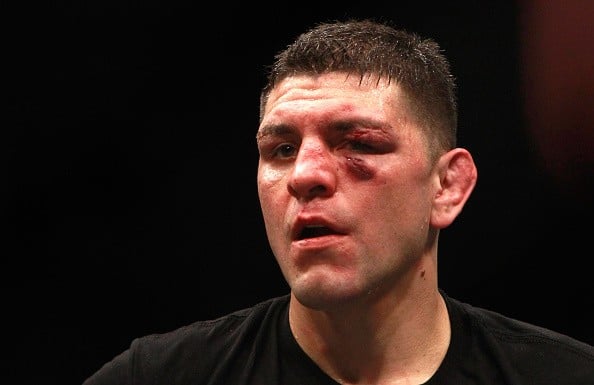 In February 2007 Nick debuted for Pride Fighting at Pride 33. It was his return to lightweight. Nick initially earned the victory be submission against Takanori Gomi but the win was eventually overturned after he tested positive for marijuana.

Return to the UFC

In February 2012, Nick was defeated by Carlos Condit via decision at UFC 143. He then lost again at UFC 158 against Georges St-Pierre.

In January 2015 Nick faced off against Anderson Silva at UFC 183. Silva initially won the bout by unanimous decision. His victory was subsequently overturned after he tested positive for two banned substances. Nick ALSO test positive after this match, once again for marijuana.

In September 2021 Nick was defeated by Robbie Lawler at UFC 266.

As of this writing, Nick's professional MMA record is 26 wins and 10 losses out of 38 matches with two matches classified as No Contest.

As of this writing, Nick's total career earnings are $2.325 million. This does not include his share of Pay Per View bonuses which presumably equates to several million more.

In May 2018 Nick was reportedly arrested and charged with domestic battery. The charges were later dropped after a grand jury found that the complainant's story had several inconsistencies.

Nick and Nate Diaz are practicing vegans and promote benefits of cannabis. When they are not preparing for a fight, Nick and Nate teach Brazilian jiu-hitsu at a gym in Lodi, California.