What is Mirko Cro Cop's Net Worth?

Mirko Cro Cop is a Croatian mixed martial artist and former politician who has a net worth of $5 million dollars. Mirko Cro Cop is a retired professional mixed martial artist, kickboxer, and amateur boxer from Croatia, known for competing in the Pride Fighting Championships, UFC, K-1, Bellator, and Rizin. Regarded as one of the greatest MMA fighters of all time, he won multiple Grand Prix championships. Additionally, he served as a member of the Croatian Parliament from 2003 until 2008.

Mirko Cro Cop, whose real name is Mirko Filipović, was born on September 10, 1974 in Vinkovci, Croatia, then part of Yugoslavia. He was raised with his sister in a working-class family. Growing up, Filipović trained in track and field, taekwondo, and karate. As a young adult, he joined the Croatian Army as a radio telegraphist; he subsequently trained with the national kickboxing team after making a request to his commander.

In 1996, Filipović began his professional career as a kickboxer. Before this, he was a successful amateur boxer, having posted a record of 48-8 with 31 KO's. In 1997, Filipović participated in the World Amateur Boxing Championships, where he lost his first-round matchup. During this time, he worked as a commando in a Croatian police anti-terrorist unit; it was there that he earned the sobriquet Cro Cop.

Filipović transitioned to a mixed martial arts career in 2001. His first professional fights came in the K-1 GP Final, Pride FC, and Inoki-Bom-Ba-Ye. Notably, Filipović defeated veterans Kazuyuki Fujita and Kazushi Sakuraba. Following this, he began fighting exclusively in Pride. In his eighth professional career fight, he became the first person to defeat the legendary Igor Vovchanchyn via KO. He then defeated Dos Caras Jr., also by KO, in 46 seconds. Following a loss in the Pride Interim Heavyweight Championship, Filipović bounced back by defeating Ron Waterman and Yoshihisa Yamamoto in consecutive first-round TKO's. However, in the 2004 Heavyweight Grand Prix, he was KO'd by former UFC Heavyweight Champion Kevin Randleman.

From May of 2004 to June of 2005, Filipović went on a winning streak, defeating three former UFC Heavyweight Champions back to back. Finally, on his 32nd birthday in 2006, he won the first belt of his MMA career at the Pride Openweight Grand Prix championship. Filipović called it the happiest day of his life.

Filipović made the switch to the Ultimate Fighting Championship in late 2006. Early the next year, he made his debut at UFC 67, where he defeated Eddie Sanchez. In April, he was upset at UFC 70 by Gabriel Gonzaga. Later, Filipović traveled to Japan to participate in the MMA "Dream" events, and put his UFC career on hold. He returned in June of 2009 at UFC 99, where he defeated Mostapha al-Turk. Filipović had his then-final UFC fight at UFC 137 in 2011, falling to Roy Nelson by TKO in round three. However, he made a return to the organization in 2015 in a rematch with Gabriel Gonzaga at UFC Fight Night 64; he won by TKO. 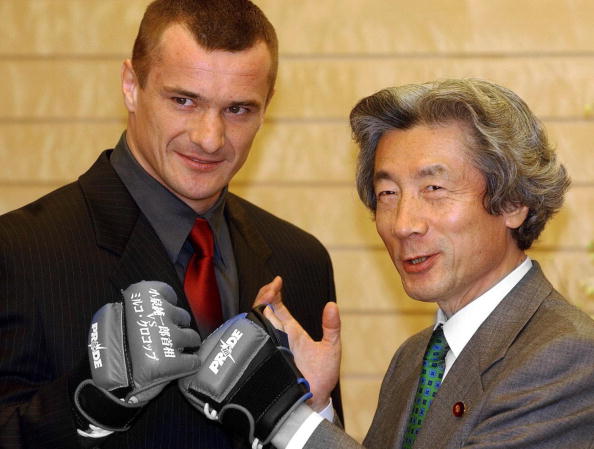 First Retirement and Return to Kickboxing

In 2012, Filipović decided to leave MMA fighting to return to kickboxing. He subsequently fought at the K-1 World MAX World Championship in Tournament Final 16, winning by TKO against Loren Javier Jorge. Filipović continued to fight in K-1 World Grand Prix championships, finally winning the tournament 13 years after he finished as runner-up.

Return to MMA and Final Retirement

Filipović returned to MMA on New Year's Eve in 2012, making his comeback against former sumo wrestler Shinichi Suzukawa. He continued his success in the subsequent years, defeating former Olympic judo champion Satoshi Ishii in 2014. Filipović later fought Ishii in a rematch for the IGF Championship, beating him by TKO. However, upon his return to UFC, he was stripped of his title. Filipović then ran into trouble in 2015, when he was provisionally suspended for potentially doping, before being officially suspended for two years. He admitted to the use of human growth hormone and plasma. Later, it was reported that his USADA drug tests were actually negative.

In September of 2016, Filipović made another return to MMA, this time competing with the Rizin Fighting Federation. Immediately successful, he went on to win the inaugural Rizin Openweight Grand Prix championship. In December of 2017, he won the World Grand Prix by defeating Tsuyoshi Kohsaka via TKO. The next year, Filipović signed with Bellator. Following a stroke and continuing issues with his neck, he officially retired from fighting in 2019.

Personal Life and Other Endeavors

With his wife, Filipović has two sons named Ivan and Filip. Beyond his fighting career, Filipović played for his hometown football club HNK Cibalia in the final eight minutes of a match in the 2004-05 season. In 2005, he made his acting debut as the star of the Croatian action film "Ultimate Force," playing a war veteran named Axon Rey. Further, from December of 2003 to January of 2008, Filipović served as a member of the Croatian Parliament for the 1st electoral district. 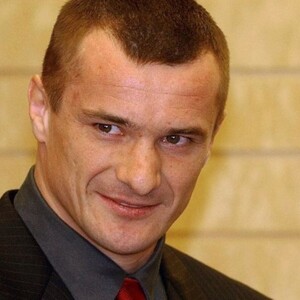