Mike Jackson net worth: Mike Jackson is an American mixed martial artist who has a net worth of $500 thousand. Mike Jackson is best known for defeating CM Punk in a match in the UFC in June 2018. The win came by decision after three rounds. His only previous UFC fight was a loss against Mickey Gall in February 2016 when he submitted in just 44 seconds.

Mike Jackson's first fight was at 5150 Combat League: New Year's Revolution in 2010 when he defeated Jason Anderson. He beat Levi Avera in the Xtreme Fighting League in March 2010. Jackson lost to Tyler Stinson at C3 Fights in August 2010. He also lost to Warlley Alves in Jungle Fight in August 2013 and to Chance Rencountre at C3 Fights in January 2015. Mike Jackson is friends with UFC matchmaker Mick Maynard which helped him get his foot in the door as a replacement opponent. 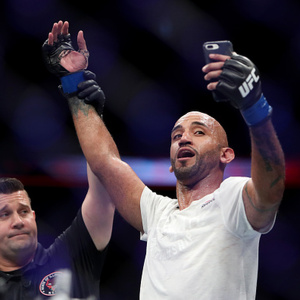