Mauricio Rua net worth and salary: Mauricio Rua is a Brazilian professional mixed martial artist who has a net worth of $6.5 million dollars. Mauricio Milani "Shogun" Rua was born in Curitiba, Brazil in November 1981. He started his training at 15 learning Muay Thai, and at 17 with Brazilian jiu-jitsu. He followed his older brother Murilo training at the Chute Boxing Academy.

Mauricio started his professional career in Brazil and entered an IFC tournament. He went to Japan and entered the PRIDE organization. In 2005 he entered the PRIDE Middleweight Grand Prix tournaments and won the Middleweight Grand Prix Championship. In 2010 Rua defeated Lyoto Machida to win the UFC Light Heavyweight Championship. As of March 2014 Rua has a professional record of 22-9. He was named 2005 Fighter of the Year by Sherdog. As of May 2014 Rua was ranked #8 in the official UFC light heavyweight rankings. He has defeated Forrest Griffin, Chuck Liddell, and Quinton "Rampage" Jackson. He married Renata Ribeiro in 2007 and the couple had a daughter in 2010. Rua has stated that he will never fight his brother or Wanderlei Silva due to their close relationships. 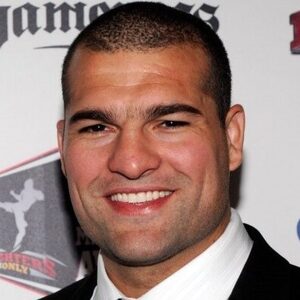