Matt Hughes net worth: Matt Hughes is an American Mixed Martial Artist who has a net worth of $8 million dollars. Born in Hillsboro, Illinois, Matt Hughes played football and wrestled throughout high school. As a high school wrestler, he won multiple championships, and in college at Eastern Illinois University, he was an NCAA Division I wrestler.

He began participating in mixed martial arts in the late 90s, training with Miletech Fighting Systems. He won his first UFC Welterweight championship in 2001 at UFC 34, and would remain Welterweight Champion until UFC 46. He then lost the title, but regained it at UFC 50, and held onto it again until UFC 65, when he lost his bout with Georges St. Pierre. Since then, he has won and lost intermittently, and has begun a coaching career on the side. He published his autobiography in 2008, and currently has the most UFC wins of any fighter to date, with 18. 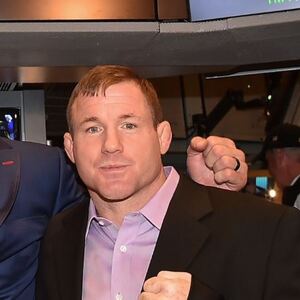