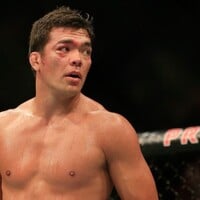 Lyoto Machida Net Worth: Lyoto Machida is a Japanese-Brazilian mixed martial artist who has a net worth of $4 million dollars. Born in Salvador, Brazil, in 1978, Lyoto Machida took up karate when he was just three years old, and by the time he turned 14, he had already earned his black belt. Soon after, Machida began training in sumo and jiu-jitsu, winning several amateur tournaments. In 2003, he won his professional mixed martial arts debut in Tokyo. He followed that up by beating UFC Hall of Famer Stephan Bonnar, handing Bonnar the first loss of his professional career. Machida then beat UFC Middleweight Champion Rich Franklin and UFC Welterweight Champion B.J. Penn before making his own Ultimate Fighting Championship debut. He went on to defeat Tito Ortiz and Thiago Silva. He beat Light Heavyweight Champion Rashad Evans to become the tenth UFC Light Heavyweight Champion. Machida defended his title before losing a rematch to Mauricio Rua. In 2013, he moved to the middleweight division, where he won several fights. He is expected to compete for the Middleweight Championship in mid-2014. As of 2014, he has appeared in 25 fights with 21 wins and four losses, including one by knockout and two by decision. Machida is married to his wife, Fabyola. They have two children together, Taiyo and Kaito.