He grew up surfing and started training in judo at 6-years-old, but quit at the age of 10. When he entered seventh grade, he joined his school's wrestling team and stuck with the sport all through high school while taking jiu-jitsu classes. He found jiu-jitsu to be more of a passion for him and continued practicing for many years, along with kickboxing and mixed martial arts. In July 2007, he made his professional debut on the Mountain promotion. Luke Rockhold dominated the fight and won with an armor submission in the first round. HE continued to fight with Strikeforce from 2007-2013 (minus some downtime for injuries) until the Strikeforce organization was closed by its parent company, Zuffa. Shortly after, he was brought over to the Ultimate Fighting Championship. In 2015, he also appeared on the hit Bravo reality series, Millionaire Matchmaker, where he worked with matchmaker Patti Stanger to find love. On July 6, 2019 Luke Rockhold was knocked out by Jan Błachowicz at UFC 239. 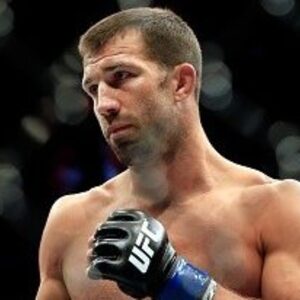