She competed for KSW in Poland and won the vacant KSW Flyweight Championship in June 2013 by defeating Marta Chojnoska. Karolina Kowalkiewicz made her UFC debut in December 2015 when she beat Randa Markos. In July 2016 she defeated Rose Namajunas to bring her record to 10 – 0. Karolina Kowalkiewicz is scheduled to challenge for the UFC Women's Strawweight Championship against Joanna Jedrzejczyk at UFC 205 in November 2016. She lost to the same opponent in Poland in 2012 in an amateur fight. 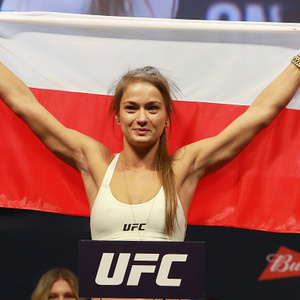