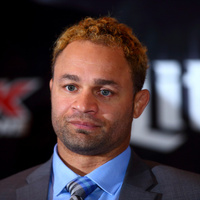 Josh Koscheck Net Worth: Josh Koscheck is an American mixed martial artist who has a net worth of $2 million. Josh Koscheck was born November 30, 1977 in Waynesburg, Pennsylvania. Josh Koscheck began wrestling when he was five years old. He became successful in collegiate wrestling, dating back to his years at Edinboro University of Pennsylvania, where he attended the university on an athletic scholarship and earned a bachelor's degree in criminal justice. In 2001, during his junior season, Koscheck won all of his wrestling matches and went on to become the NCAA Division I Champion in the 174 lb weight class. In addition to being a four-time NCAA Division I All-American (placing 4th, 2nd, 1st and 3rd respectively), Koscheck is a three-time recipient of the PSAC Wrestler of the Year award and earned the Eastern Wrestling League Achievement Award twice. For one and a half years he was the assistant head wrestling coach at the University of Buffalo, New York. Koscheck first burst onto the UFC scene as a middleweight and later moved to welterweight division. He is known for his deadly overhand right. Since 2006, Koscheck has been training at the American Kickboxing Academy(AKA) in San Jose, California, to which he accredits his vastly improved kickboxing technique. Koscheck suffered a broken orbital bone on the right side of his face during a fight with George St-Pierre and was unable to fly because of air pockets that formed around Koscheck's right eye. The UFC arranged for Koscheck and his trainer to drive to Boston where Koscheck underwent corrective surgery. Josh Koscheck still actively competes in UFC fights.