José Aldo Jr. Net Worth and Salary: Jose Aldo Jr. is a Brazilian Mixed Martial Artist who has a net worth of $9 million. Aldo is best known for his career in the UFC, and he has won a number of titles in this MMA fighting organization. These titles include three UFC Featherweight championships. He also won the WEC (World Extreme Cagefighting) championship before the WEC and the UFC merged. In 2021, he became one of the top five bantamweight fighters in the UFC.

Until 2005, he was completely undefeated in his MMA career. His first professional loss came this year stopped when he was stopped by Luciano Azevedo. He then rebounded strongly, winning 18 consecutive fights before being stopped once more by Connor McGregor at UFC 194 in 2015. To this day, Aldo is considered by many to be the greatest featherweight in martial arts history.

Early Life: José Aldo da Silva Oliveira Júnior was born on September 9th of 1986 in Manaus, Brazil. While he was still a baby, José suffered a permanent burn across his face after being dropped onto a barbecue. Although he initially wanted to become a soccer player, he also quickly learned how to fight after being assaulted on the streets numerous times. His first martial arts training was in capoeira, and he then began to train in Brazilian jiu-jitsu. To this day, José is an avid soccer fan and a loyal supporter of Clube de Regatas do Flamengo.

By the age of 17, Aldo had relocated to Rio de Janeiro to focus entirely on MMA. He had nothing to his name except the clothes on his back. During this period, José often went without food for long periods of time, and members of his training gyms would often have to make sure that he had enough to eat. Early in his career, his goal was simply to earn enough money to own his own house.

Career: During his early years as an MMA fighter, José earned the nickname "Junior." His first professional fight came at the age of 17, a fight which he won with a decisive knockout just 16 seconds into the first round. This proved to be the theme for his next few fights, which all ended in decisive knockouts or referee stoppages. Unfortunately, this winning streak would come to an end after he was defeated by the skilled Luta Livre black belt Luciano Azevedo in 2005.

Aldo came back strong, winning a number of fights before joining the WEC. This would prove to be the beginning of his rise to fame as an internationally renowned fighter. In 2008, he made his debut with the WEC, fighting Alexandre Franca Nogueira. It took Aldo just eight seconds to end the fight with a flying knee to the face. He then followed up with another win against Mike Brown, finishing his opponent with a TKO in the second round. Another victory came against Urijah Faber, and he ended this fight in 2010 via unanimous decision. Having won the featherweight title, José defended it successfully against Manvel Gamburyan, knocking his opponent out 92 seconds into the second round. 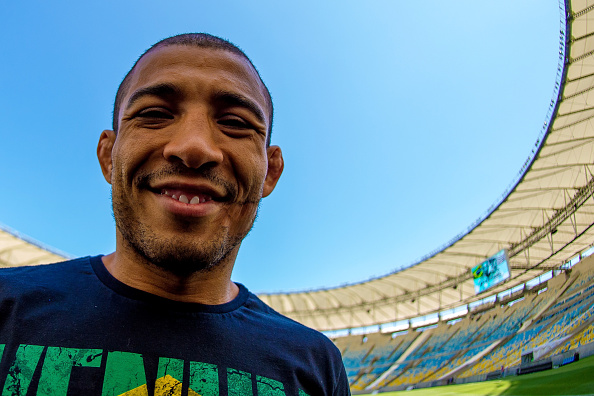 Later in 2010, WEC merged with the UFC, opening up a whole new roster of fighters for Aldo to challenge. In 2011, he defended his title at UFC against 129, winning via unanimous decision. In 2012, he knocked out Chad Mendes at UFC 142, celebrating by jumping into the crowd at Rio. Over the next few years, Aldo remained dominant and defeated fighters like Frankie Edgar, Ricardo Lama, and Chan Sung Jung. He then defended his title once again against Chad Mendes.

In 2015, José's winning streak would come to an end with a loss against Conor McGregor. During UFC 194, McGregor knocked Aldo out 13 seconds into the first round, resulting in his first defeat in over ten years. However, José subsequently defeated Frankie Edgar once again and resumed the featherweight title after McGregor was stripped of his belt. However, his new title was short-lived, as he was defeated by Max Holloway in 2017 at UFC 212. Despite a rematch later that year, Aldo lost against Holloway a second time in similar fashion.

Over the next few years, it seemed as though José's reputation for being invincible was beginning to fade. Although he won fights against the likes of Jeremy Stephens and Renato Moicana, he also lost against Alexander Volkanovski in 2019. Later that year, Aldo announced that he was moving down to Bantamweight. He lost his first fight in this division against Marlon Moraes. The Covid-19 pandemic of 2020 slowed his career down, but he eventually resumed fighting at UFC 251 – only to lose against Petr Yan. However, he bounced back with another victory against Marlon Vera. In 2021, it was announced that José was going to fight Pedro Munhoz.

Fighting Style: Aldo is seen as a Muay Thai fighter, preferring to strike with his hands and feet. He is also a strong defensive wrestler who is very difficult to take down. During his early years, he became known for ending fights with a barrage of knees, fists, and kicks. This aggressive style helped him rack up the most wins and knockouts of any fighter in WEC and UFC history. In total, he has landed almost 700 strikes over the course of his career.

Relationships: José Aldo is married to Vivianne Perreira, who has a purple belt in jiu-jitsu and has fought professionally in Muay Thai competition. Over the course of their relationship, they have had one child together. 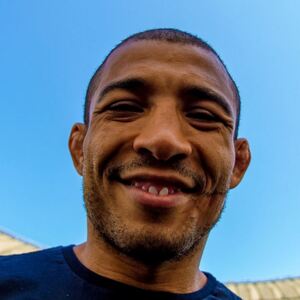