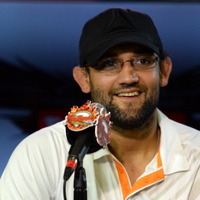 Johny Hendricks net worth: Johny Hendricks is an American mixed martial artist and former wrestler who has a net worth of $2 million dollars. Johny Hendricks was born in Ada, Oklahoma, and first made a name for himself wrestling. He won the Oklahoma High School Wrestling State Championships three times, and went on to become the NCAA Division 1 Wrestling Champion in 2005 and 2006, while at Oklahoma State University. He finished second in 2007. It was his only loss in 56 matches. After graduating, he relocated to Los Angeles and began training for his MMA career. He debuted in 2007, and won his first two bouts that year. He began fighting on the Ultimate Fighting Championship circuit in 2009, and won his first four UFC bouts back-to-back. His current record is 16 wins and two losses. Eight of his wins have been by knockout. As of early March 2014, he is the UFC Welterweight Champion.