Joe Lauzon net worth: Joe Lauzon is an American mixed martial artist who has a net worth of $500 thousand. Joe Lauzon was born in Brockton, Massachusetts in May 1984. He is a lightweight who is a brown belt in Brazilian Jiu-Jitsu. Lauzon made his professional MMA debut with a win over David Gilrein in February 2004.

In October 2004 he won the vacant Combat Zone Lightweight Championship by defeating Mike Brown. Lauzon defeated Joe Ahlert in February 2005 to win the vacant Mass Destruction Lightweight Championship. In April 2006 he won the WFL Grand Prix from Douglas Brown. Joe Lauzon made his UFC debut in September 2006 when he had the Knockout of the Knight defeating Jens Pulver. He had the Submission of the Night over Brandon Melendez in June 2007. Lauzon lost in the Fight of the Night to Kenny Florian in April 2008. He has also had Fight of the Nights against Sam Stout, George Sotiropoulos, Jim Miller twice, Jamie Varner, and Michael Chiesa. Lauzon has also had six Submissions of the Night. In October 2019 he defeated Jonathan Pearce to bring his record to 28-15. 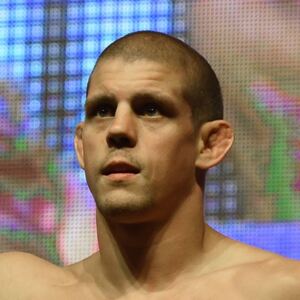