Heath Herring net worth: Heath Herring is an American former professional mixed martial artist who has a net worth of $300 thousand. Heath Herring was born in Waco, Texas in March 1978. He played football for West Texas A&M University and started training for MMA after graduating high school.

Herring made his MMA debut in April 1997 when he defeated Chris Guillen in the Unified Shoot Wrestling Federation. He had a record of 13 – 5 before he signed with PRIDE and defeated Willie Peeters in June 2000. In November 2011 Herring competed with for the PRIDE Heavyweight Championship but lost to Antonio Rodrigo Nogueira. He joined the UFC and lost to Jake O'Brien in January 2007. Herring's last match was a loss to Brock Lesnar in August 2008. He finished his MMA career with a record of 28 – 14. On New Year's Eve 2005 Herring was scheduled to face Yoshihiro Nakao who gave him a kiss during the pre-match stare down. In return, Herring knocked him out and the match was unable to take place. Herring has starred in the movies Never Surrender, Hell's Chain, Beatdown, Unrivaled, and Division III: Football's Finest. 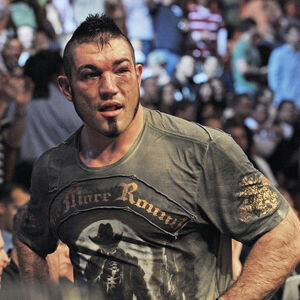