Gina Carano is an American actress, TV personality, former mixed martial artist (MMA) and fitness model who has a net worth of $4 million dollars. Carano is best-known for her role in the Disney+ series "The Mandalorian" and "Haywire." Carano also gained popularity for becoming the "Face of Women's MMA," and was featured in several publications for her impressive record. Gina also appeared in various movies and TV shows, including Ring Girls, which has become a cult classic film based on true events.

Since, she has also appeared on the Oxygen Network's series, Fight Girls, on which she mentors aspiring female MMA fighters. In 2012, she became the first winner of the Chuck Norris Award for Best Female Action Star.

Gina attended Trinity Christian High School in Las Vegas, Nevada and helped lead her basketball team to a state championship, though she also played volleyball and softball throughout her high school career.

After college, Gina began pursuing a career as a professional fighter (Muay Thai) where she received national attention for her success. After achieving a Muay Thai record of 12-1-1, Carano fought in the first-ever sanctioned female MMA event with World Extreme Fighting, where she went up against Leiticia Pestova and won within 38 seconds.

On February 10, 2007, Carano's winning Showtime EliteXC fight against Julie Kedzie was deemed the "fight of the night" and was the first televised female fight on Showtime.

Gina continued to fight under contractual agreement with Strikeforce until August 2009. She has not competed professionally since August 2009. 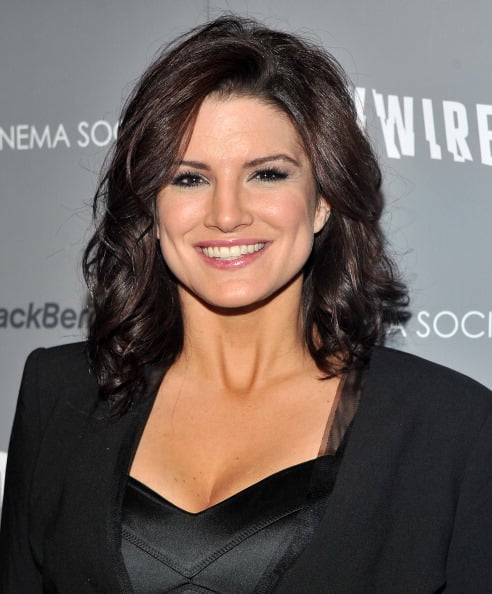 Carano starred in her first role in the 2005 cult film "Ring Girls". The movie was inspired by the true story of five American women from Las Vegas who competed against the best Muay Thai fighters in the world.

Carano also served as a mentor on the 2007 Oxygen television reality series "Fight Girls" and appeared as "Crush" shortly after on the NBC television show "American Gladiators."

In February 2012, Carano was cast in "In the Blood" (released 2014). The film is an action-thriller directed by John Stockwell. In the movie Gina played the wife of a man who disappears while they are vacationing in the Caribbean together.

In 2013 Gina appeard in "Fast & Furious 6" (2013) as a member of Diplomatic Security Service (DSS) Special Agent Luke Hobbs' (Dwayne Johnson). Gina received critical acclaim in praise of her performance. Richard Roeper of the Chicago Sun-Times wrote, "Gina Carano is BIG fun to watch. [She] is still a bit stilted with her line readings, but her two fight scenes with Michelle Rodriguez are just epic."

Carano appeared in an episode of the television series "Almost Human", in an episode titled "Unbound". She played a combat android named Danica.

Gina co-starred in the 2015 film "Extraction" and starred as Angel Dust in the 2016 film "Deadpool".

In December 2018, Carano was announced as part of the cast of Disney +, "The Mandalorian". Gina played a character named Cara Dune who made her first appearance in the fourth episode of the first season. Carano's character continued appearances throughout Season 1 and Season 2 (2019 – 2020). In total she appeared in seven episodes. She was fired from the series in February 2021 over some controversial social media posts which we'll detail in a moment.

Gina is believed to be in a relationship with long-time boyfriend and professional Muay Thai fighter, Kevin Ross. They have reportedly been together since June 2015. Gina and Kevin were in a relationship previously for four years and separated for almost a decade before getting back together again.

Carano is perhaps most widely-known for being fired by Disney from "The Mandalorian" in February 2021. Her firing was connected to a series of controversial political views and social media posts

In August 2020, Carano was publicly pressured by Twitter users to support the Black Lives Matter movement. When she resisted, she called her critics "cowards and bullies" while also "liking" posts that disparaged Black Lives Matter. As a result, some internet critics accused her of being racist.

Gina came under criticism once again after adding "beep/bop/boop" to her Twitter profile as her preferred pronouns. This action was roundly perceived as mocking the use of preferred gender pronouns by transgender people. As a result, some internet critics accused her of being transphobic.

In November 2020, after a series of social media posts mocking the COVID-19 pandemic and extremely controversial political views, Carano opened an account on the controversial social media platform Parler. In response, critics began calling for Disney to fire her from "The Mandalorian" cast, some using the hashtag #FireGinaCarano.

The hashtag #FireGinaCarano resurfaced in February 2021 after Carano shared an Instagram post in which compared "hating someone for their political views" to the persecution of Jews during the Holocaust.  Shortly afterward, Lucasfilm announced that Carano had been fired and would not appear in any future Star Wars projects. Gina was also dropped by talent agency UTA. 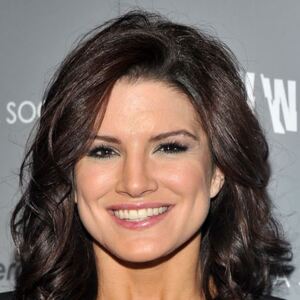