Frank Shamrock net worth and salary: Frank Shamrock is a retired mixed martial arts fighter who has a net worth of $3 million. Frank Shamrock, also known as Frank Alisio Juarez III, was born in Santa Monica, California, and grew up an orphan. After multiple years of being shuffled from foster home to foster home, Bob Shamrock adopted him. He began training in submission fighting and mixed martial arts with his adopted brother, Ken Shamrock. He made his professional debut in Japan as part of the Pancrase circuit in December of 1994. He went on to join the UFC in the late 90s, and also began training other fighters at the Lion's Den. He also trained fighters at the Alliance. He went on to win 23 of this thirty-five mixed martial arts bouts, and was a UFC Middleweight (later UFC Light Heavyweight) Champion. When he retired in 2010, he was a four-time undefeated UFC Champion. The Wrestling Observer named him UFC "Fighter of the Decade" for the 90s, and he holds the world record for the fastest UFC Title Fight Victory at 16 seconds.

Animal Cruelty Charges: In March 2019, Frank abandoned one of his mother's dogs at a Dallas airport after not being able to find a home for the dog. The dog was reportedly tied to a truck for five days before someone called animal services. 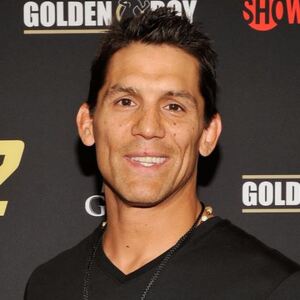