Frank Mir net worth, career earnings and salary: Frank Mir is an American mix martial artist who has a net worth of $11 million dollars. Frank Mir was born Francisco Santos Mir, III in Las Vegas, Nevada in May 1979. He is a two time UFC Heavyweight Champion. He has the current record for most victories and most submission wins in UFC Heavyweight history, as well as most fights in the Heavyweight division.

He is also the only man that has ever won a match by a toe hold submission in UFC. As of June 2014 Frank is ranked #10 in the UFC official Heavyweight rankings. He holds victories of Tank Abbott, Brock Lesnar, and was the first to knock out and submit Antonio Rodrigo Nogueira. In 1998 Mir won the Nevada State Wrestling Championship. He holds a Black belt in Brazilian Jiu-Jitsu and won the 2007 NAGA Absolute Division. Frank was named the 2008 Sherdog Comeback Fighter of the Year. He and his wife Miranda have three children and Frank has a son from a previous relationship. He was formerly a bouncer at a strip club in Las Vegas and worked as UFC's Director of Security. He has a professional record of 16-9. 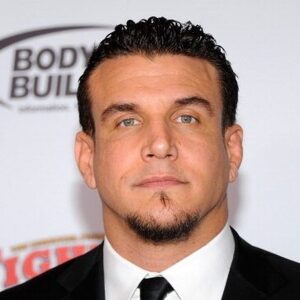