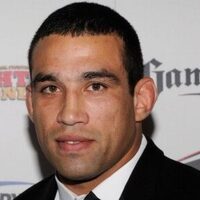 Fabricio Werdum net worth: Fabricio Werdum is a Brazilian mixed martial artist who has a net worth of $1 million. Fabricio Werdum was born in Porto Alegre, Brazil in July 1977. Werdum is the current UFC Heavyweight Champion. He is a two-time Brazilian jiu-jitsu world champion as well as a two-time Abu Dhabi Combat Club World Heavyweight Champion. Werdum has also been a European jiu-jitsu champion and has black belts in Brazilian jiu-jitsu, Muay Thai, and Judo. As an MMA fighter he has competed in UFC, PRIDE, Strikeforce, and Jungle Fight. Werdum made his debut in June 2002 defeating Tengiz Tedoradze. In November 2014 he defeated Mark Hunt to win the Interim UFC Heavyweight Championship. Werdum defeated Cain Velasquez in June 2015 to win and unify the UFC Heavyweight Championship and bring his professional record to 20 – 5 – 1. As of that fight, Werdum is ranked #6 in the UFC pound-for-pound rankings and is listed as the #1 heavyweight and #8 pound-for-pound fighter in the world by Sherdog.com. He has also won several gold, silver, and bronze metals competing for Brazil at the ADCC Submission Wrestling World Championships, IBJJF World Jiu-Jitsu Championships, and Pan American Jiu-Jitsu Championships.