Eddie Alvarez net worth: Eddie Alvarez is an American mixed martial artist who has a net worth of $8 million. Eddie Alvarez was born in Philadelphia, Pennsylvania in January 1984. He is the current UFC Lightweight Champion and is the first and only person to win championships in the UFC and Bellator MMA. 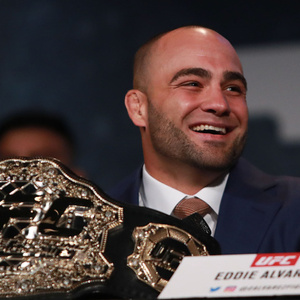