Don Frye is an American former professional mixed martial artist, kickboxer. boxer, wrestler, and actor who has a net worth of $2 million. Born in Sierra Vista, Arizona on November 23, 1965, Frye is also known as "The Predator. He began wrestling in high school and took an interest in boxing while attending Arizona State University and Oklahoma State University.

He competed in the Light Heavyweight and Heavyweight divisions with an orthodox stance. Standing at 6 feet and one inch and weighing approximately 226 pounds, Frye competed in NCAA Division I Wrestling and made his professional boxing debut in 1989. He began working as an EMT and firefighter for a few years and later took an interest in mixed martial arts. He has a professional boxing record of one win in a total of one fight, and it was achieved by knockout. He has one kickboxing fight on his record, which he lost by knockout, and a total of thirty-one MMA fights. Twenty of the MMA fights were wins-seven by knockout and eleven by submission-and nine were losses with five by knockout, two by submission, one draw, and one contest. Frye has competed in the Ultimate Fighting Championship, New Japan Pro Wrestling, the Pride Fighting Championships, and K-1 and Hero's. He pursued an acting career and can be seen in the films Godzilla: Finals Wars, Just Another Romantic Wrestling Comedy, No Rules, Miami Vice, The Ant Bully, Public Enemies, 13, Noah, and more. He is currently married and has two daughters. In 2016 Frye was inducted into the UFC Hall of Fame. 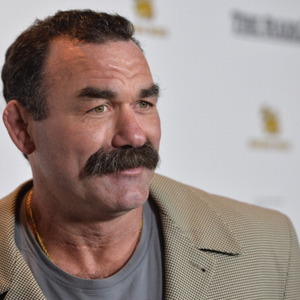