Diego Sanchez net worth: Diego Sanchez is an American professional mixed martial artist who has a net worth of $3 million. Diego Sanchez was born in Albuquerque, New Mexico in December 1981. He has competed as a featherweight, lightweight, welterweight, and middleweight. Diego Sanchez's first MMA fight came with a victory of Michael Johnson in June 2002.

In 2004 he defeated Jorge Santiago to win the KOTC Welterweight Championship. Sanchez beat Kenny Florian in April 2005 to win The Ultimate Fighter 1 Middleweight Tournament and made his UFC debut with a win over Brian Gassaway in August 2005. He was in the Fight of the Night in August 2006 beating Karo Parisyan, February 2009 beating Joe Stevenson, June 2009 beating Clay Guida, October 2010 beating Paulo Thiago, March 2011 beating Martin Kampmann, February 2012 losing to Jake Ellenberger, and October 2013 losing to Gilbert Melendez. Sanchez defeated Craig White in September 2018 to bring his record to 28-11. 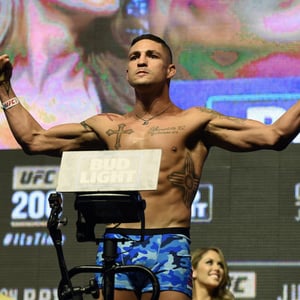