Demetrious Johnson net worth: Demetrious Johnson is an American mixed martial artist who has a net worth of $6 million. Demetrious Johnson was born in Madisonville, Kentucky in August 1986. He made his professional MMA debut in April 2007 when he defeated Brandon Fieds. Johnson suffered his first loss at April 2010 to Brad Pickett after winning his first ten fights. He made his Ultimate Fighting Championship debut at UFC 126 in February 2011 when he beat Norifumi Yamamoto. Johnson lost to Dominick Cruz for the UFC Bantamweight Championship in October 2011. He made his flyweight debut in the UFC Flyweight Tournament in March 2012 when he defeated Ian McCall in the Fight of the Night. Johnson became the inaugural UFC Flyweight Champion when he defeated Joseph Benavidez in September 2012. He successfully defended the title against John Dodson in January 2013 in the Fight of the Night, against Joh Moraga in July 2013 in the Submission of the Night, and against Joseph Benavidez in December 2013 in the Knockout of the Night. He also earned the Performance of the Night in his title defenses against Kyoji Horiguchi in April 2015 and Henry Cejudo in April 2016. His latest fight was a win over Tim Elliott in December 2016 to bring his record to 25-2-1. 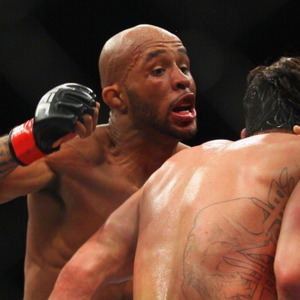