Dan Henderson net worth: Dan Henderson is an American Mixed Martial Artist who has a net worth of $8 million. Born in Downey, California, Dan Henderson graduated from Victor Valley High School, where he medaled at both the 1987 and 1988 California State Wrestling Championships. He would go on to wrestle for Cal State Fullerton and Arizona State University, and he competed in the 1992 and 1996 Summer Olympics in Greco-Roman Wrestling.

As a wrestler, he won a Silver medal at the 1994 Pan American Championships, a Bronze at the 1998 Championships, and a Gold at the 2000 Championships. He also won Silver at both the 1994 and 1996 World Cups, and a Bronze at the 1995 Pan American Games. He began training in mixed martial arts in the late 90s, and 6in his career he won 32 of his 47 professional matches (as of October 2016). Sixteen of his wins have been knockouts. On October 8, 2016 Henderson lost a match by decision to Michael Bisping. After the match, Henderson announced that he was retiring from fighting. 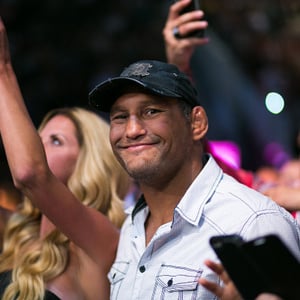