Chris Weidman net worth: Chris Weidman is an American mixed martial artist who has a net worth of $3 million. Chris Weidman was born in Baldwin, New York in June 1984. He is undefeated as of July 2015 and is the UFC Middleweight Champion. As of June 2015 Weidman is ranked #2 in the official UFC pound-for-pound rankings and he is the #1 middleweight according to Sherdog.

He made his professional MMA debut in February 2009 beating Reubem Lopes. Weidman defeated Uriah Hall in September 2010 to win the ROC Middleweight Championship. In July 2013 he beat Anderson Silva to win the UFC Middleweight Championship. Weidman successfully defended that title against Silva in December 2013, Lyoto Machida in July 2014, and Vitor Belfort in May 2015. He has received many awards including Knockout of the Year and Upset of the Year against Silva in 2013. Weidman has a black belt in Brazilian Jiu-Jitsu. He was an All-American wrestler at Nassau Community College and finished third in the NCAA tournament. 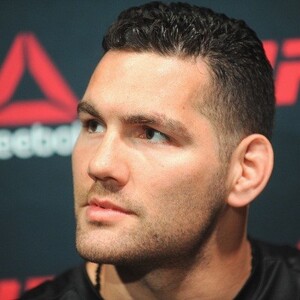