Cheick Kongo net worth: Cheick Kongo is a French mixed martial artist and kickboxer who has a net worth of $1 million. Cheick Kongo was born in Paris, France in May 1975. He started training in martial arts at just five years old. Kongo has trained in Kendo, Karate, Muay Thai, Savate, Greco-Roman wrestling, and kickboxing.

He has a professional kickboxing record of 21 – 2 with 12 knockouts. Kongo made his professional MMA debut in June 2001 by defeating Andre Tete. In June 2005 Kongo beat Gabor Nemeth to win the Kings of the Ring Heavyweight Championship. He made his UFC debut in July 2006 defeating Gilbert Aldana. Kongo had the Knockout of the Night and Knockout of the Year in June 2011 when he beat Pat Barry. He made his Bellator debut in October 2013 beating Mark Godbeer. Kongo lost to Vitaly Minakov in April 2014 for the Bellator Heavyweight Championship. His last fight was a win over Alexander Volkov in Jun 2015 to bring his record to 23 – 10 – 2. 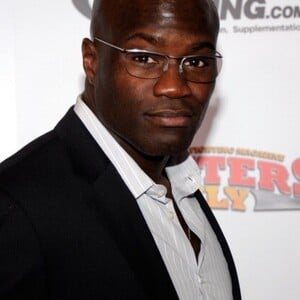