Chael Sonnen Net Worth: Chael Sonnen is a retired American Mixed Martial Artist who has a net worth of $10 million. He started his MMA career in 1997, quickly rising through the ranks of the UFC in the light heavyweight and middleweight divisions. Outside of the UFC, Sonnen has competed in the WEC, Pacrase, and Bellator MMA.

Despite never winning a UFC Championship, Chael is widely considered one of the best fighters to set foot in the octagon. He has beaten several notable fighters over the course of his career, including Michael Bisping, Wanderlei Silva, and Quinton Jackson. During his time as a professional fighter, Chael earned a reputation for trash-talking. In 2014, Sonnen transitioned to a career as an MMA analyst for ESPN. He later founded his own wrestling promotion.

Early Life: Chael Patrick Sonnen was born on April 3rd of 1977 in Oregon. He was raised in a Catholic household with German roots. At a young age, Sonnen became interested in wrestling. By the age of nine, he was training seriously. During his high school years, Chael was the runner-up in the state championships. By the 90s, Sonnen branched out and began studying boxing, hoping to pursue a career in Mixed Martial Arts. When he graduated, Chael already had one eye on the UFC.

Although he initially attended Brigham Young University, Sonnen quickly transferred to the University of Oregon in Eugene after the former institution announced they were cutting their wrestling program. While at the University of Oregon, Sonnen once again proved his talents by performing well on the wrestling team. By 2011, he had graduated from university with a Bachelor of Science degree in sociology.

Career: Despite briefly playing with the idea of becoming a professional wrestler, Chael was always destined for a career in MMA. He was already winning tournaments as a 19-year-old during the late 90s, and he won his first six fights before a loss to Trevor Prangley. In 2003, he was also defeated by future UFC star Forrest Griffin. Despite these losses, Chael found his way to the UFC in 2005, competing in UFC 55 against Renato Sobral. He lost this initial fight but managed to bounce back with a subsequent victory against Trevor Prangley. The fight allowed Chael to take revenge for Prangley's earlier win, and it set him up for another major fight against Jeremy Horn. Unfortunately, his loss against Horn prompted UFC to release him from his contract.

Following his initial departure from the UFC, Sonnen moved to Bodog Fight. During this period, he claimed victory against fighters like Tim Credeur, Alexey Oleinik, Tim McKenzie, Amar Sulov, and Kyacey Uscola. After racking up these wins, Chael moved to World Extreme Cagefighting (WEC). His next two fights were against Paulo Filho and Bryan Baker, resulting in a loss and a win, respectively.

This string of promising results allowed Sonnen to return to the UFC. Unfortunately, things started badly once again with a loss against Demian Maia. However, Chael managed to redeem himself in a subsequent fight against Dan Miller at UFC 98. Two more victories came against Yushin Okami and Nate Marquardt, making him the top contender for the middleweight championship.

The championship fight came in 2010, when Sonnen challenged Anderson Silva for the title. The fight was thoroughly entertaining, and Chael eventually lost despite leading in points going into the fifth round. Silva managed to tap him out with a triangle armbar. Unfortunately, Sonnen's reputation suffered another blow when it was revealed that his testosterone levels were 17 times higher than that of an average man. He was fined and suspended by the California State Athletic Commission. Sonnen tried to appeal the decision, claiming that he had been receiving testosterone treatments for hypogonadism. These claims generally fell on deaf ears. To add insult to injury, the commission then suspended him indefinitely as a result of a money-laundering fiasco.

Despite all of these controversies, Chael returned to the UFC in 2011 and defeated Brian Stann and Michael Bisping before being stopped by Silva once again. In 2012, Sonnen returned to light heavyweight and became a coach for "The Ultimate Fighter 17." A further loss came against Jon Jones before Sonnen claimed victory against Mauricio Rua. After losing against Rashad Evans, Chael failed a drug test and announced his retirement from MMA in 2014. Although he initially tried to pursue a career as a UFC analyst, Fox Sports terminated Sonnen's contract after it was revealed that he had in fact failed multiple drug tests, not just one. Sonnen then spent time in Bellator MMA before retiring after a loss against Lyoto Machida in 2019.

Legal Issues: In 2011, Sonnen pleaded guilty to a single count of money laundering. The crime occured back in 2006 when Chael was involved in a real estate deal that saw almost $70,000 being funneled back to the buyer. At the time, it was expected that Sonnen would serve two years of probation as a result. Sonnen is a licensed realtor in Oregon, and this is why he was involved in this deal in the first place. He was also fined $10,000 as a result of his involvement.

In 2012, Sonnen started a pizza restaurant in Oregon. Next year, he sued his business partner for embezzlement, only to face a countersuit for $400,000 in damages. His business partner accused Chael of defamation and unpaid wages. The case was eventually settled out of court for an undisclosed sum, and Sonnen later sold the pizza restaurant in 2014.

Relationships: Chael married his wife Brittany in 2013 They subsequently had two children together, although their second child tragically passed away at a young age. 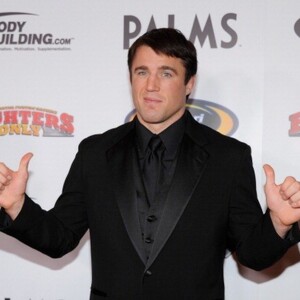