Chad Mendes net worth: Chad Mendes is an American mixed martial arts fighter who has a net worth of $1.5 million. He is best known for competing as a Featherweight in the Ultimate Fighting Championship. Mendes was born in 1985 in Hanford, California and grew up wrestling in high school and college.

He wrestled for Cal Poly in San Luis Obispo and finished his college career with an overall record of 64-14 and earned the NCAA All-American honors twice. After leaving college, he began training with the mixed martial arts team, Team Alpha Male, that was based in Sacramento. Mendes made his World Extreme Cagefighting debut in 2010 and later that year, was transferred to the Ultimate Fighting Championship as part of a merger. Chad made his UFC debut at UFC 126 on February 5, 2011 against Michihiro Omigawa, a fight he won by unanimous decision. Of all his 8 fights at UFC, Mendes has only loss one against Jose Aldo. He is currently in a relationship with Abby Raines, a former volleyball player for West Virginia University. 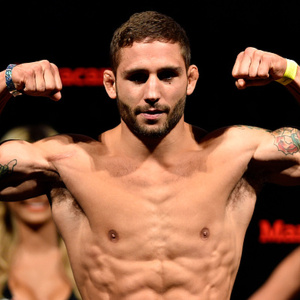