Cat Zingano net worth and salary: Cat Zingano is an American mixed martial artist who has a net worth of $2 million. Cat Zingano was born on July 1, 1982 in Broomfield, Colorado. She is probably most famous for being a fighting in the UFC. She is the first woman in UFC history to win a fight by TKO.

As of this writing, Cat is ranked as the third best pound-for-pound female MMA fighter in the world. She is 5 foot 7 and 135 pounds with a 70 inch reach. Cat began wrestling at the age of 12 in Boulder, Colorado. She participated in a number of combat sports while in high school before attending the University of the Cumberlands and MacMurray College, where she was an All-American member of the women's wrestling squads. After college, Cat trained in Brazilian Jiu Jitsui. She entered her first amateur MMA fight in 2007 and made her professional debut in 2008. 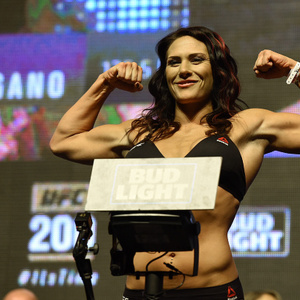