Carlos Newton net worth: Carlos Newton is an Anguillian Canadian former professional mixed martial artist who has a net worth of $2 million. Carlos Newton was born in The Valley, Anguilla in August 1976. He was a pioneer of MMA and fought from 1996 to 2010 as a welterweight, middleweight, and light heavyweight. Carlos Newton lost his first professional MMA fight to Jean Riviere in April 1996.

He made his UFC debut in May 1998 when he defeated Bob Gilstrap in the UFC 17 Middleweight Tournament Semifinal before losing to Dan Henderson in the UFC 17 Middleweight Tournament Final. In May 2001 he defeated Pat Miletich to win the UFC Welterweight Championship in a fight that was voted to the Top 20 of the greatest submissions in UFC history. Carlos Newton lost the UFC Welterweight Championship in his next fight to Matt Hughes. He lost to Matt Hughes in a rematch in July 2002. His last fight was a loss to Brian Ebersole in July 2010 to bring his professional MMA record to 16-14. 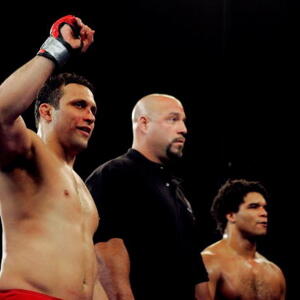