Brian Stann net worth: Brian Stann is an American retired mixed martial artist and United States Marine who has a net worth of $3 million. Brian Stann was born in Tokyo, Japan in September 1980. He was born in an Air Force base and grew up in Pennsylvania. Stann joined the U.S. Naval Academy in 1999 and graduated in 2003.

While there he played middle linebacker for the Naval Academy. Stann achieved the rank of Captain and served in the 2003 Invasion of Iraq and Operation Matador. He was awarded a Silver Star and was commended by President George W. Bush. In 2006 he started his mixed martial arts career while still on active duty. Stann defeated Doug Marshall in March 2008 to become WEC Light Heavyweight champion. He lost that title to Steve Cantwell in August 2008. Stann had his first UFC fight in September 2009 when he defeated Steve Cantwell. Stann participated in the Fight of the Night in UFC three times. In July 2013 he announced his retirement with a record of 12 – 6. 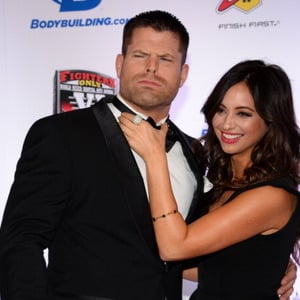