Brendan Schaub net worth and salary: Brendan Schaub is an American mixed martial artist and former professional football player who has a net worth of $2 million. Brendan Schaub was born in Aurora, Colorado in March 1983. He played for the Utah Blaze of the Arena Football League and was a member of the NFL's Buffalo Bills' practice squad.

Schaub was a finalist and runner-up on the Spike TV reality television series The Ultimate Fighter: Heavyweights. He co-hosts the weekly podcast The Fighter and the Kid with Bryan Callen on Fox Sports. He is also a regular guest on The Joe Rogan Experience. Schaub made his MMA debut in June 2008 defeating Jay Lester in ROF. In April 2009 he won the Ring of Fire Heavyweight Championship by defeating Bojan Spalevic. In December 2009 Schaub lost to Roy Nelson in The Ultimate Fighter: Heavyweights Finale. In March 2011 he won the Knockout of the Night defeating Mirko Filipovic. His last fight was a loss to Travis Browne in December 2014 to bring his career MMA record to 10-5. 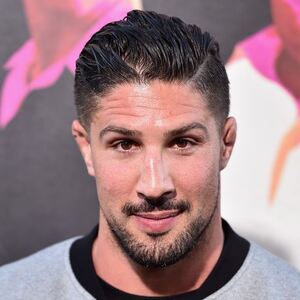