Brandon Vera net worth: Brandon Vera is a Filipino-American mixed martial artist who has a net worth of $2.5 million dollars. Brandon Vera was born in Norfolk, Virginia, and excelled at wrestling in high school. He earned a four-year sports scholarship to Old Dominion University, but ultimately chose to join the United States Air Force instead.

He joined the US Air Force wrestling team, but severely torn ligaments in his right elbow resulted in nerve damage that made him unable to use his right arm. He was discharged from the Air Force, and returned to Virginia to begin rehabilitation. He was subsequently approached by a Brazilian Jiu-Jitsu master and coach, and invited to train for MMA. He began fighting on the mixed martial arts circuit in 2002, and has gone on to win twelve of his twenty major fights, seven of them by knockout. He is also a part owner and trainer at City Boxing. 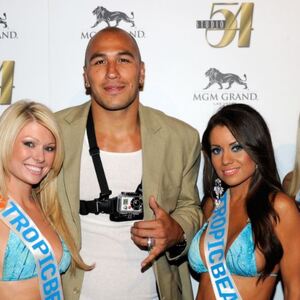